Every once in a while you meet a client or clients who touch your heart. Most of the time you needed
them more than they needed you.

Although I may still be “new” in the business, every transaction makes me grow and my knowledge of the business becomes more clear. In this particular transaction I learned about loans and how they can affect you and the client. I do find it important to do research and ask around before choosing your loan officer.

Today, I had the honor of presenting a set of keys to a very happy new home owner. This was one of those we hit it off right away and knew we would be friends forever type of clients… I’m not kidding!

These 2 pictures are are my happy moments in Real Estate. I will always remember the client who said he just used his “last dime” on his new house and wouldn’t be able to afford toilet paper… (You had to be there, it’s an inside joke and yes I really did buy him toilet paper!)

Congrats Carmen and welcome to Lake Arrowhead, I look forward to many fun days and nights in the future with you and Penny!

Don’t worry, Chef has soda water, and of course I have Champagne!

Take a look at this listing with a lake view on a large lot.  3bed/2bath (could be a 4 bedroom).

For a virtual tour click the Tour Factory link:  http://www.tourfactory.com/idxr1206098

PO-TEN-TIAL! This house needs a little TLC to make it the perfect home. There is a bed/bath on the main floor. Detached 2 car garage. Dual access, the access road can get you almost level entry with only a couple stairs. There is a large build up inside that could become the perfect Master Suite. Vinyl siding, dual pane windows, newer roof, copper pipping, a loft that could become a 4th bedroom and a lake view!  The lot is large and sits on a corner, the opportunity in this property is endless.

OH AND I WILL BE WALKING IN THIS ONE WITH MY SEARCH AND RESCUE TEAM, SO LOOK FOR THE ONES IN BRIGHT ORANGE!

Here is a cute blog about the parade from: http://joanmoseley.wordpress.com/2014/07/23/everybody-loves-a-parade-so-come-to-the-r-s-parade-on-august-1/

The world’s biggest parade is coming to Running Springs on Friday, August 1. Well, that’s a slight exaggeration but I knew it would get your attention.

The town’s biggest parade, however, may be more accurate and when it comes down Hilltop Blvd it should be a-maz-ing! Parade Chairman Jennifer Kellum has put hours and hours into organizing this parade and after last year’s Mountain Days Parade (that was the biggest in decades) she’s got another great parade planned for Friday night, August 1.

This year, to help the Running Springs Area Chamber of Commerce pay well over $1500 for the parade permits from Caltrans and the county and to pay hundreds of dollars for required help from the CHP this will be the first time in the parade’s long history that we are asking our parade participants to pitch in $5 to help defray some of the costs.

For the first time the parade has a “title” With so many things that have happened to our community in the past several years the title, “We’re Still Here!” pays homage to our community members and organizations who have helped each other when the huge landslide took out Hwy. 330 a few years ago following a horrendous storm. We’ve had a tough time financially with the down turn in the economy and several other factors that we have no control over. However, we’re mountain people and mountain people figure out how to survive when times are tough….whether that means the weather, the roads, the economy or just plain old “life.”

Thank you Joan Moseley for the blog, I could not find any other info on the parade except from your site, your commitment to community did not go unnoticed!

Do you like Classic cars?  Well then if you are in the Lake Arrowhead area on Saturday July 26, 2014, then you should head to the village for a Classic Car Show!

Here is a little blurb from their website: http://lakearrowheadclassiccarshow.wordpress.com/

The event is free and open to the public.

All proceeds go to “Gavin’s Foundation,” a non-profit that raises awareness and funding for research to find a treatment and cure for blindness, focusing on Leber’s Congenital Amaurosis (LCA).”

Enjoy the day and Cruise Away! 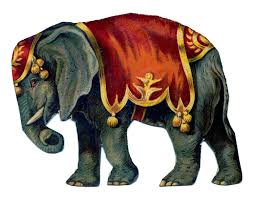 The event draws over 300 guests for an afternoon of music, great food and the opportunity to bid on both live and silent auction items. For the past two years, we have also included a Reverse Auction portion, structured to raise funds specifically for a much needed hospital equipment item.  This year the Reverse Auction will be raising money for an Omnicell Drug Dispensary Equipment to improve drug safety and security for Mountains Community Hospital patients. This single dose dispensing system protects patients and ensures correct dosage. The Omnicell Dispenser securely stores medications, so nurses only have access to the specific quantity requested. Local restaurants participate by donating food for our guests.

They provided lovely displays of their food specialities, to the delight of our guests. Tickets are $75 per person. all Susie Stuart at 909-436-3210 to inquire or make a reservation!

All information and pictures were pulled right from the MCH Cares website: http://www.mchcares.com/foundation/events/

Steve is the reason I am in Real Estate and I have much to be thankful for because of him including his enthusiasm and encouragement he manages to provide everyday.  It is not easy to be Steve Keefe, here are just a handful of things this guy does on a regular basis… He is first a husband to his beautiful wife Jamie, a father to his 2 sons (who puts his heart and sole into both their activities on a daily basis), a coach, a broker to 60 agents, an Angels fan, a golfer and the list goes on and on.  Steve is constantly on the up-and-up with all the latest and greatest tools for his business.  I am amazed at the energy this man has and also I have the utmost respect for him because if ever any agent in the office (remember there are 60) needs to talk, he is ALWAYS available and will take the time to listen and or help you build your business.  Steve can sometimes be a firecracker, but then again can’t we all.

On August 7th, Steve is being recognized at the Blue Jay Jazz festival!  I just wanted to brag a little about my Broker.  Hope to see you all there!

Peaceful Cabin in Arrowhead Villas!  This cute little home sits down off the street in between the Pines and the Dogwoods and is on 2 lots. There is plenty of room to build a parking deck on the right side of the house or even a garage.  There is a large ‘build-up’ that can be accessed from the second floor.  House includes air conditioning, washer /dryer and the fridge. Home is being sold as is and only needs a few updates to make it the perfect Mountain Get-Away!

Here is the Tour Factory link with more pictures and info: http://www.tourfactory.com/idxr1200219

Welcome To the Official Michelle Calkins and Associates page!

We are Michelle Calkins and Associates. You can find hot topics on Lake Arrowhead, Crestline, Running Springs, mountain life and all things Real Estate... Plus some extras ;-) Thanks for stopping in!